Welcome to our website blog. Lets take a few moments to introduce ourselves and tell you a little bit about what Live Action Battle Games are. 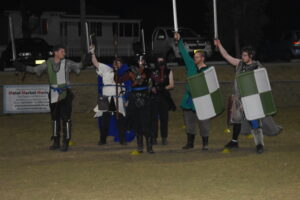 Have you every played the classic table top game Dungeons & Dragon? If you have you would know that game you typically sit around a table and describe your character’s actions. Typically, the result of your actions will be determined by rolling dice. LARPs are kind of like that except you are physically playing your character. You don’t describe your actions, you actually do them, generally outside. Your character will still have abilities that will be represented through various game mechanics but instead of relying on a dice roll for success, you rely on your actually level of skill to perform the required task. Typically LARPs are heavy on Role Play with a little bit of combat where the story line requires it.

A good way to think of Live Action Battle Games is they are like the battlegrounds in World of Warcraft. But once again you physically play the character (ie there is no computer, you are outside doing it all yourself) rather than controlling it through a computer interface. In a Live action Battle Game you will typically be divided into teams and those teams will compete against each other to achieve objects. As example these objectives might be: capture the flag, last team standing, king of the hill to name a few. While achieving these objectives you will of course need to engage your enemies in some sword fighting and hopefully slay all those before you. Whereas Live Action Battle games often do involve role playing there is a much heavier focus on the combat than what you would find in a traditional LARP.

Regardless of the differences between these 2 styles of games it is not uncommon for a LABG to simply be referred to as a LARP as it is a more well known term. 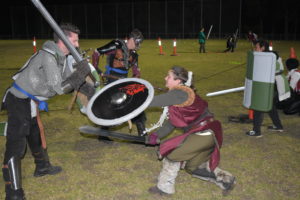 A little bit about our LARP / LABG

We are are a medieval themed LABG / LARP that runs every Saturday (weather permitting) in Auston Oval Morisset NSW Australia. Our play base covers the Central Coast, Lake Macquarie, Hunter and Newcastle regions. The weapons we use are LARP safe foam rubber weapons. We play under a safe and easy to learn combat system, essentially a form of sword fighting for adults. It’s lots of fun and a great way to get some exercise and interact with a great community. 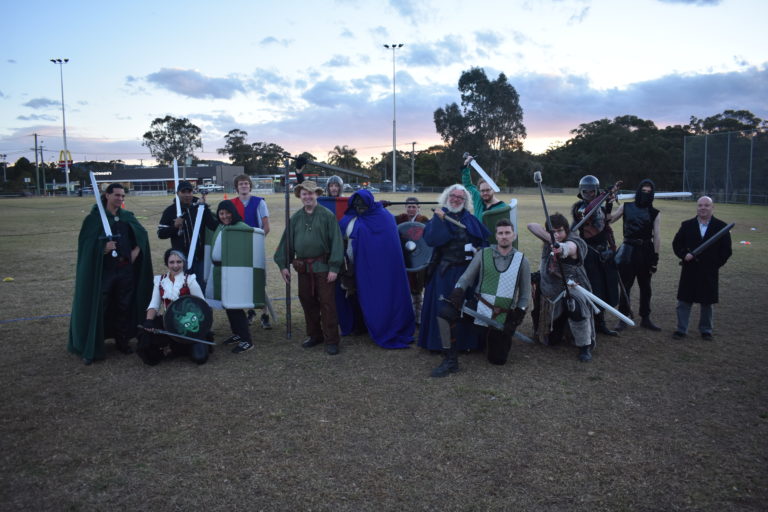